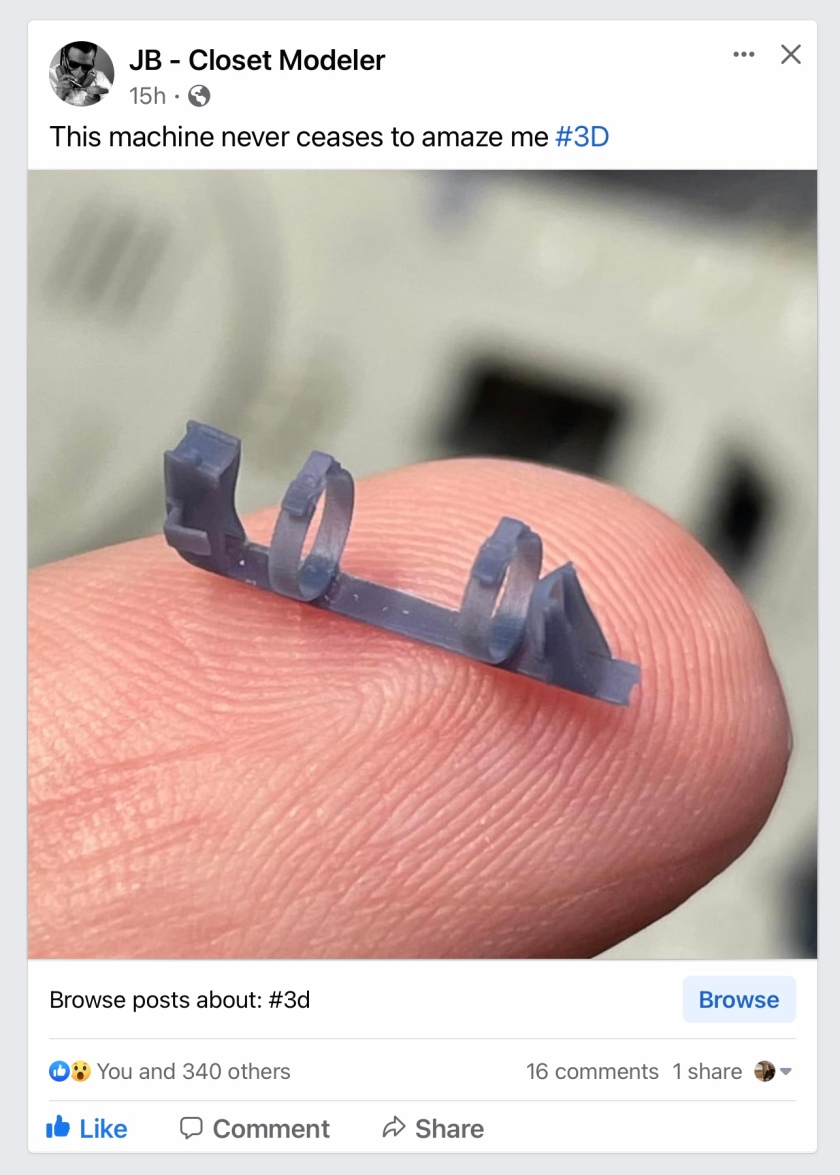 Go see John Bonanni’s original post (Facebook account required), but this image illustrates the transformative power of 3D printing. It’s a 1/35 fire extinguisher bracket, or a similar such appurtenance, that would be impossible in injection molded styrene, and a frustrating bending-and-folding puzzle in photoetch.

What does this mean for modelers? 3D printing won’t replace photoetch or resin casting as an aftermarket production medium, but it is certainly proving itself as a competitive and possibly superior alternative. And though there are probably not data to prove this, I suspect that more modelers are dabbling in 3D printing at home than those who made their own home-brew photoetch or latex molds for resin casting when those technologies were still new.

Just a regular Joe, sharing tips and such for other regular Joes and Janes.

Musings of a Middle-Aged Geek

... observations from a lifetime of geekiness.

Somewhere in Germany ("Irgendwo in Deutschland") in 1:160

A Blog about any Thoughts in my Head: Politics, Writing, Life

A blog about Modeling and life in general

Military In the Middle East

The blog of ME military hardware afficionados

A journey through the hobby, by Trevor Marshall

Write On Down The Line...

Yes, it's another blog...by another person you've never met...who might have something to share that you've never thought about. Stupendous!

Scale models, where they come from, and people who make them